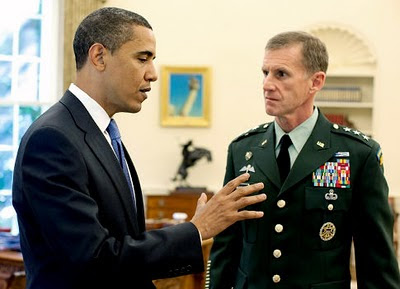 McChrystal's comments to Rolling Stone are unacceptable in a General of the Untied States Army. Period.

Now that that's out of the way:

Life is not quite so easy for President Obama as firing McChrystal. One of the hero-geniuses of the US pulling the Iraq War from the brink (just behind Petraeus), McChrystal is an extremely valuable military asset to the US Army, and would be tough to lose.

After his recent successes in Iraq, he has an incredible loyalty in US troops. He's one of a very few people who has Karzai's trust and respect. And, generally speaking, he commands extremely competently.

The risk of canning McChrystal is that the Afghanistan war could, quite really, fall apart at the seams without him. Like Petraeus for Bush, McChrystal may be President Obama's last best hope at winning this war.

The risk of not firing him, of course, is that President Obama would be allowing an insubordination in a General not seen since MacArthur. He would appear weak domestically and abroad. He would set a terrible precedent in the future. McChrystal clearly lacks respect for the current civilian executive branch of the United States--does that make him less effective? Will his subordinates be less effective for knowing it?

But what's more valuable? Which price can the United States afford to pay for McChrystal's comments? President Obama has been stuck with many unenviable decisions in the last year and a half. This may be his toughest.

(For what it's worth, I'm not sure what my recommendation is.)
Posted by Unknown at 7:36 PM No comments:

The Nationalist Spike in Europe 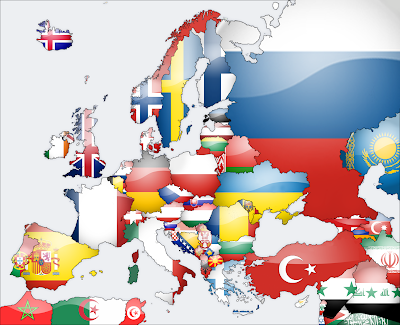 This is more an observation than a strict analysis, but very interesting, nonetheless.

Nationalism seemed to die in much of Eastern Europe towards the end of the 20th century as Europe reeled from centuries of war. It seemed unlikely to many that it would return soon. But, of course, geopolitics marches on. Nationalism is back in Europe, and back in a big way. A few examples of interest:

Germany: The Germans have pushed for a leadership role in Europe with the onset of the Greek crisis. Rather than an isolationist nationalism, Germany seeks to exert its will over Southern Europe, lest the debt crisis bleed it dry. The Germans are likely to come out of the debt crisis with a considerable amount of power in Europe--which is the only way they can make the EU work for them. Otherwise, they will consider leaving--the EU will only be a deal the Germans will tolerate so long as it is not one that tears them down.

Hungary, Czech Republic, Slovakia, Bulgaria, Austria: Right-wing (sometimes seriously so) nationalist parties have made huge gains over the past two years. Much of this is in response to the Russian resurgence (where the options are to fight or join). But this resurgence makes for a potentially rivalrous situation in Eastern Europe. Territorial squabbles may arise and prevent Eastern European unity against Russia.

Denmark, Switzerland, France, and Holland: Right-wing and largely anti-Islamic parties have made great gains in Denmark and Holland in their last elections, signaling a reaction against growing Muslim influence in much of Europe due to massive immigration. France has banned burqas, and Switzerland has banned minarets. Anti-Islamism has become a relative European hallmark. Europe is set for a strong showdown with the Islamic world, but one very different from that of the US.

Belgium: Perhaps the most interesting of the nationalist movements, the Flemish movement has made big gains in Belgium, capturing 20% of seats (far more than any other party). Unlike previous separatist movements, this independence party is largely mainstream (rather than right-wing), and hopes to see a gradual dissolution of Belgium into Flanders (a Dutch region) and Wallonia (a French region). Belgium is probably closer to its end than ever before.

The return of Nationalism to Europe will make it a geopolitically interesting continent once again (after two decades of relative calmness, saving the Balkans).
Posted by Unknown at 3:03 PM 3 comments:

The EU's rejection of Turkey as a member (which was not an outright rejection, but a bureaucratic stagnation to death) has pushed Turkey towards the Arab world, away from the West. The latest evidence is in its decision to lead the Arab Free Trade Zone.

The implications are potentially large. Turkey has the potential to lead the Middle East and, as I spoke of before, unite it.

Turkish ascension to the EU probably made geopolitical sense, from a strictly national power perspective. It's not clear whether anti-Turkish racism in central Europe was the primary driver to keep Turkey out, or whether it was simply a European implosion over issues like the financial crisis.

But either way, the shift in rhetoric and action by Turkey likely suggests a long-term drift away from the West, and towards the Middle East.
Posted by Unknown at 8:13 PM 1 comment:

Israel's Risk to US Interests 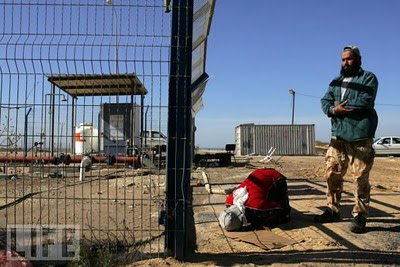 If you're a reader of George Friedman (or other realist geopolitical academics), you'll tend towards the idea that one of the United States' paramount interests is to prevent a single geopolitical entity (or coalition) from amassing enough economic and military power to challenge it (this has been true since about the turn of the 20t century, when the US became the foremost power in the world). This was why World Wars I and II were important to the US (to stop Germany from conquering the continent), and why the Cold War was so critical (to prevent the Soviets from doing the same). Once a force amasses enough military power, it can potentially challenge US trade dominance, or even cross the ocean and challenge the US near its borders.

The US is further interested in preventing unity in the Middle East. If the Middle East united in a form similar to the Ottoman Empire, it might be powerful enough to potentially challenge the US. Not only would it be highly populous, but it would have vast oil resources and central trading position (between Europe & Asia). It would be a great strategic threat to US hegemony.

Israel, whether or not it has the moral upper-hand in the Middle East conflict, is becoming a risk to US interests due to Middle Eastern perceptions of its behavior as of late. For decades, the states of Egypt & Turkey (in particular), as well as Jordan, Kuwait, and Saudi Arabia, have recognized Israel and, generally, supported its existence (despite their populations' general distaste for the Israel/Palestine situation).

But the past few months have made these governments' support of Israel a politically risky gambit. Public outrage towards the deadly pre-election Gaza offensive, settlement-building in Jerusalem, and the recent raid on a supply flotilla trying to break the Gaza blockade have further soured perceptions of Israel. Its image as an aggressive, revisionist state is growing somewhat stronger.

The US must play carefully. If it comes out to support Israeli action, it may encourage the Arabs to unite to deter Israel from further action in Gaza, the West Bank, southern Lebanon, or (potentially) Iran. If these states united against Israel, they might start feeling strong enough to oppose the US (rather than begrudgingly embracing it). The United States' interest is in keeping the Middle East divided and internally distracted--not united and outward-looking.

If the Israeli government does not change the tenor of its policies, it may begin to become a liability to the US. The US, in response, would try to distance itself publicly, while placing pressure on Israel to move towards peace negotiations.

In the near future, look either for a major shift in Israeli policy towards Gaza and Jerusalem, or a gradual (but noticeable) distancing of relations between the US and Israel, as the US tries to prevent a unity coalition from arising in the Middle East.
Posted by Unknown at 2:24 PM 1 comment: