Kim Jong Il is dead. His son, Kim Jong Un is taking over.

At least, we think so. 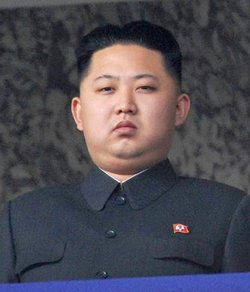 The North Korean regime is run, essentially, by a military oligarchy. Generals and other high-ranking officials tend to garner strong loyalties by their troops, and thus have the power to enforce their wishes.

It is thus possible for military leaders to try to stage a coup or otherwise disrupt the government if they are unhappy (we've discussed this before after the Cheoan incident). The danger in the death of Kim Jong Il is that North Korea's military leadership may not be happy with Kim Jong Un as the new leader of the country. He is young, untested, and apparently a bit unsocial and reclusive. In any such transition (even if not to a leader that is particularly inept), the temporary weakness of loyalty and stability could prompt a move by one of these military leaders.

This stability risk is the source of the various approaches of various major powers that have an interest in North Korea. For the most part, these countries want to avoid war and chaos. Each has its own particular stake:

China: Like in the Cheoan incident, China will be backing Kim in order to preserve stability. Its very strong, quick backing shows that it will put its weight behind Kim in order to deter actors within North Korea from attempting a coup. A war in North Korea would mean a major refugee influx into China, which it is not at all prepared to handle.

Japan & South Korea: Japan and South Korea are showing some warmth in working to keep the region stable, as well. Japan is working with China directly, highlighted by a recent high-level diplomatic visit. Japan risks being at the wrong end of ballistic missiles that North Korea has aimed at the country that could be taken over by military factions even less interested in stability than Kim was (again, see the Cheoan incident). South Korea actually sent mourners to North Korea to express regrets for Kim Jong Il's death. The move is designed to start off on the right foot with the new regime and express an interest in potentially working together. South Korea not only faces the refugee threat that North Korea does, but also potentially a direct invasion if the wrong military leaders take power. It also, long-term, seeks unification with the North, and may be testing the waters to see how Kim Jong Un responds.

Russia: Russia has been quietly supportive. It is currently looking inward at its own protests, and to its WTO ascension, and may partially be distracted. Additionally, it does not want to be too closely associated with North Korea (it gets little out of its relationship with North Korea other than North Korea can prove a useful distraction against the United States and its allies), but similarly wants stability on the peninsula.

United States: The United States sees the transition as an opportunity to resume the six-party talks aimed at dismantling the North Korean nuclear weapons program. Expect the United States to show the most aggressive posture of any of the six-party members, but it will take some time before Japan and South Korea are ready to negotiate hard with Kim. That said, the United States making its intentions clear early on can slowly and steadily build momentum.

Kim Jong Un was placed in the seat of successor very quickly, after Kim Jong Il's older two sons became politically unpopular by various means--for example, Jong Un is a 4-star general despite no military experience at all. The posturing is meant, in some ways, to project to the world that North Korea is united in its choice for successor. Some factions may be looking for an opportunity to unseat Jong Un, but so far it looks like enough military leaders of the country are behind him to give him legitimacy, and that legitimacy will grow if he plays his cards well with the great powers around him--and they'll be looking to support him unless he turns out particularly rotten.
Posted by Unknown at 1:49 PM No comments: