The Iraqi Army Has Entered Ramadi

Sorry I haven't been around. I've been working on a book about US domestic politics and this was launch week. So I'll be back with a lot more later.

For now, I just wanted to take 2 minutes to share that, after long last, the Iraqi Army has entered Ramadi center. They're in good position: they've got Ramadi totally cut off from all angles and they outnumber ISIS by probably 20:1.

Looking at the map below, there's really nowhere for ISIS elements within Ramadi to go, which means it'll be a bloody operation... but it'll be decisive. (In short, they won't get to retreat to another stronghold to strike back later, and that's critical to not having Ramadi go back-and-forth forever.)

It won't end quickly like Sinjar, but now that the Army is in the thick of it, the end is in sight.

In other good news, after a few backs-and-forths, the Army secured Baiji and areas north, which means they're wide open to head towards Mosul once they finally figure out Fallujah. 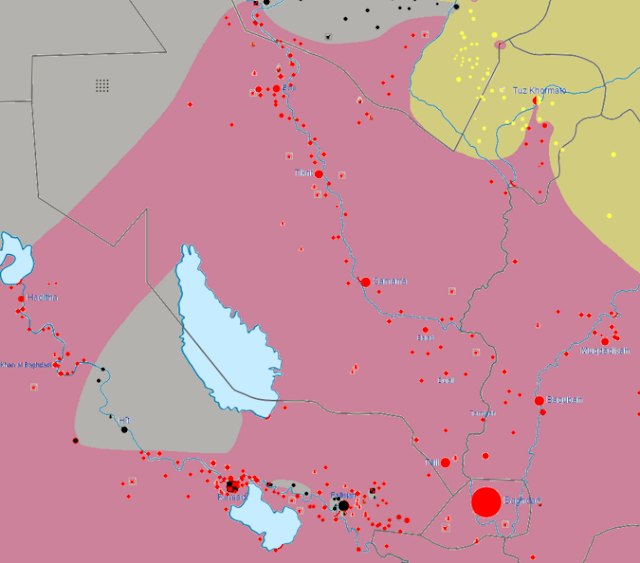 More to come soon, but I figured you guys hadn't heard about this one yet. Promising stuff on Syria, Russia-Syria, Russia-Turkey, etc.