A Breakdown of US Presidential Candidates' Foreign Policies

This will be our second breakdown of presidential foreign policies in as many presidential elections, making the event at this point a bit of a tradition. Our aim is to keep it simple, objective, and to the point. 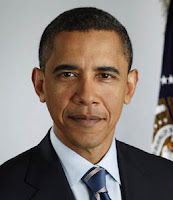 So what of the candidates' foreign policies? Ultimately, despite attempts to simulate wide gaps, there are few. The president has, over the past four years, moved to a more traditionally conservative foreign policy stance, and Romney has more or less given up trying to find new ways to be even more aggressive on the international stage.

There are a few key differences, but we can mostly summarize their vision for the United States as such: 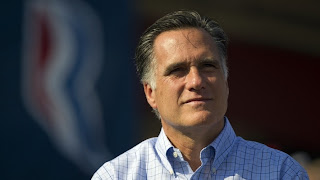 Romney, on the other hand, differs mostly on the desire to "speak loudly and carry a bigger stick."

(Bonus points to readers who caught the Looney Tunes reference, though the comparison to Sam is not meant to be derisive of the Romney approach.)

Because they're more interesting, let's highlight the differences first.

Rhetoric: This is important to highlight because you may notice some other glaring gaps in the list of differences below. Romney and Obama obviously believe in having very different rhetoric (Romney's of a "strong America" and Obama's of a more "understanding America") behind very similar policy behavior. Romney is likely genuinely concerned that soft rhetoric is going to weaken the United States' credibility of deterrence (critical in the Pax Americana state in which the US tries to keep a lid on major warfare), where Obama believes that the United States will lose its ability to lead if it is not loved.

Both approaches have flaws. Obviously opinion of the United States crashed during the Bush administration of tough-talk, but it has also gone down since Obama took office in 2009, particularly in Muslim countries where the attempts of compassionate rhetoric have been strongest.

Russia: Romney sees Russia as a long-term threat that must be contained, where Obama sees it as a nation that can be bargained with and potentially partnered with. No doubt Russia's influence and military might are growing, and the United States must address Russia (where in the '90s it was largely able to ignore Russia completely). The two questions on the table here are whether Russia is a credible future threat and whether the US should be moving to oppose it and contain it, or whether it should be working with Russia to make it part of the wider "good guy" community.

Israel: Short version: Romney sees Israel as an ally that can take action in the Middle East that the US simply is unable to, and can serve as the bastion of force against Iran. Obama sees it as a dangerous ally that can get the US reined into unwanted conflicts. Paraphrasing Bill Clinton on Netanhayu, "he doesn't know who the superpower is."

Priorities in US Military Spending (and Strategic Approach): Obama's priorities in US military spending have focused on the ability to execute tactical strikes to deal with terrorist threats--more funding for drone strikes and a focus on special forces has been his focus (where Navy and Air Force spending--the big ticket items--has dropped). Romney, though unlikely to decrease this, wants to beef up the size of the US Navy with two extra Aircraft Carrier Groups in order to better position the US strategically against potential threats with more credible "hard" assets like Iran, Russia, and China. These Carrier groups would be used to protect the Strait of Hormuz, Taiwan/Japan/Korea, and the Baltics, as well as generally make sure that the US controls trade sea trade routes throughout the world.

Iraq?: There's a question mark here because it's not clear whether there will be any real change in action or just rhetoric. Romney is frustrated at the lack of the Status of Forces Agreement over the past 4 years and wants to use US troops to keep influence in Iraq and serve as a second force bastion against Iran.

While the candidates share a great deal in common, we will highlight the key--and sometimes surprising--similarities between their approaches.

American Primacy / Exceptionalism: Despite Obama's 2008 rhetoric about the United States being a bit of a bully, his rhetoric has changed to embrace US Exceptionalism and, generally, its role in the world. Romney and Obama differ on how the US should posture itself with rhetoric and "outreach," but generally they both see the US as the force that should be running around keeping a cap on bad stuff. Both believe in "Pax Americana."

Iran: Ultimately both sides see the critical need to stop Iran from developing a nuke and want to oppose Iranian influence at all turns, which is why Obama (for example) is supporting the rebels in Syria. Romney is tougher-worded but not foolish enough to want war with Iran--both will have similar policies there.

War on Terror: Both will continue the new "precision" style War on Terror that was pivoted into around 2007 as the War in Iraq started to wind down. It will be a war of precision strike from drones and special forces as the US continues to support operations by Afghanistan, Kenya, Somalia, Egypt, Iraq, etc to eliminate terrorists locally.

Afghanistan: The War in Afghanistan is unpopular and will come to an end no matter who is president. It is unpopular as well to pull out immediately (fears of a Vietnam-style collapse remain) so the 2014 departure will be stuck to by both presidents.

China: Both will be aggressive with China about trade policy and keep the implicit threat of the Mutual Defense Treaty with Japan on the table in case there is any tricky business in the Senkakus, but neither is going to either back down on Beijing nor try to incite war.

Author's Notes: Both candidates are going to have statements on their websites different from those above. We encourage you to take a look, and we're also writing with some interpretation and analysis (rather than simple aggregation of what's already written). Our intent is to write what we believe will be actual policy enacted (or attempted) by each candidate, rather than simply what they're declaring.

We can talk at length about why they have strong incentives to say-one-thing-and-do-another--we obviously saw a great deal of this from Obama in the 2008 campaign and how much the presidency has changed its tone since coming to office--ultimately, a state's security interest generally takes over unless something very strange happens, and there's no reason for that to happen here, which is why we'll see so many similarities going forward.
Posted by Unknown at 4:17 PM 2 comments: