There was a sliver--however slight--of a good set of talks coming up in the Middle East.

An assailant attack that killed 4 Israelis near Hebron has probably undermined that entirely. The trick here is not that it will necessarily outrage the Israelis into quitting the talks, but that it will call into serious question Abbas' credibility in promising to handle his own security situation--this happened even with Israeli troops nearby.

Security, obviously, it Israel's biggest concern in the talks, and a number of more extreme-leaning groups (including Hamas) want to make that a tougher point during the talks. The emergence of a weak Palestinian state with Israel in a comparatively strong position would be a failure to the real revolutionaries.

In short: don't get your hopes up for these talks. Frankly, they were probably mostly a political maneuver anyway.
Posted by Unknown at 6:39 PM No comments: 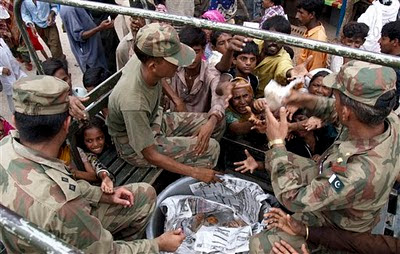 The US continues to directly aide Pakistan's flood victims (and, by the way, is expanding the operation), just as UN officials decry the rest of the world for not helping more.

It's a crucial part of the fight against the AfPak Taliban. With the Pakistani government struggling on its own to send aide, the Taliban might well be the primary provider of aide were it not for the US intervention.

Now, many northwestern Pakistanis are seeing US troops and Pakistani government officials / Army troops distributing aid and rescuing flood victims. It's going to have huge PR impact, and reduce the legitimacy of the Taliban, and win more "swing voters" over to the pro-Government side.

It'll also help perceptions of the US, which will make it much, much easier for Washington and Islamabad to work together against the Taliban in the future.
Posted by Unknown at 4:07 PM 1 comment:

US Seizing an Opportunity in Pakistan

The Pakistani floods have given the US army an opportunity to counter the Taliban's influence in the Northwest (and bring increased legitimacy to US operations in the area).

It's a good PR opportunity, and a great way for the US to work together with the Pakistani Army. Furthermore, it gets US troops in the region--no doubt spies and commandoes have been dropped into the region to learn as much valuable intel as possible.

It's unlikely the US will use the opportunity for any immediate offensive or disruptive operations, but odds are good this opportunity will influence future plans for either US commando/spy forces, or for cooperation with the Pakistani Army against the Taliban.
Posted by Unknown at 8:50 AM No comments: 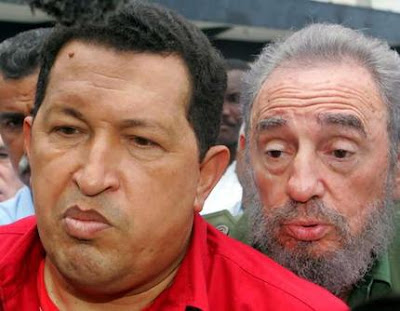 Long have I thrown my wagers behind a total economic collapse in Venezuela (and a regime change). The short point is this: as the central government over-spends and mis-manages the public sector, it has progressively nationalized more industries (after fabricating reasons to do so) in order to keep the public economy afloat. This has been a downward spiral for the Chavez regime and, unfortunately, for the people of Venezuela.

It's tough to tell what Chavez' popularity is right now. Tight media control in Venezuela has permitted Chavez to blame most economic turmoil on the United States so far, but enough news may be leaking in to suggest otherwise to a large portion of the population.

A parliamentary election is coming in September that could spell the effective end of Chavez. What will be interesting to watch is whether Chavez' regime goes to anti-democratic extremes in order to keep some semblance of legislative power. But either way, if the vote suggests that Chavez has lost popular support in Venezuela, then his ability to drum up anti-American sentiment in other parts of Latin America will be greatly crushed.

Chavez has, for a long time, over-inflated his sense of influence over Latin America, but he's certainly had some. As the economic crisis worsens, whatever influence he had is likely to evaporate.
Posted by Unknown at 7:29 AM 1 comment:

Stratfor thinks there's a lot of good reasons that Hezbollah has its hand in the recent Israeli-Lebanese border skirmish. Quick summary:

1) Hezbollah has control of a large portion of the lower ranks of the military.
2) The UN is probably going to indict a number of high-ranking Hezbollah in the murder of the Lebanese Prime Minister.
3) Hezbollah wants to show Lebanon that it's a valuable/necessary force by making Israelis look like aggressors against Lebanon.

My worry is that it will actually work.

Hezbollah Secretary-General Hassan Nasrallah said in a speech Aug. 3 that his organization will "not stand silent" on the border clash between Lebanese and Israeli troops that resulted in the deaths of three Lebanese soldiers earlier in the day. In a line reminiscent of many Iranian speeches, Nasrallah said "the Israeli hand that targets the Lebanese army will be cut off." He also offered his organization's support to the Lebanese military, saying that the "smartest thing is to behave how we behaved. We told the Lebanese military -- we are prepared, we are with you, and we will help if needed."

Rumors are circulating that Hezbollah fighters were on the scene of the border clash and intended to escalate the situation. STRATFOR sources in the Lebanese military do not believe Hezbollah fighters were directly involved in the skirmish, but there is reason to suspect the group was behind the instigation of the fighting. Hezbollah has significant influence over and an established presence in the already weak and fractured Lebanese army. The organization makes it a point to discharge a portion of its recruits after they serve two years in the military wing and then enlists them in the Lebanese army. This allows Hezbollah to both control the composition of the army's ranking officers and influence specific operations. This latest border skirmish could be an illustration of Hezbollah's influence over the Lebanese army.

Given that the Lebanese army typically refrains from confronting Israel Defense Forces (IDF) personnel during routine activities, such as maintenance and repair work on the security fence and perimeter, the decision by the Lebanese army patrol to fire on the IDF forces is anomalous, suggesting that the move was preplanned and perhaps driven by Hezbollah interests. The chief of Israel's Northern Command, Maj. Gen. Gadi Eizenkot publicly described the incident as a "deliberate ambush."

Hezbollah -- and its patrons in Iran -- have a strong interest in raising the threat of a broader military confrontation, but Hezbollah has little desire to escalate the situation further and provoke an actual fight with the IDF for fear of incurring massive losses. Hezbollah is already under fire in Lebanon over a Special Tribunal probe into the 2005 assassination of former Lebanese Prime Minister Rafik al Hariri that is expected to indict Hezbollah members. The group is attempting to deflect blame and attention away from this probe and is using the incident to justify its existence as a resistance movement since the Lebanese army is incapable of defending itself on its own. The Lebanese army chief, as one source earlier indicated, could have also welcomed the border distraction to divert attention from the crisis over the tribunal (the army has no interest in confronting Hezbollah in such a domestic crisis and would rather have the focus shift to the Israeli threat). Meanwhile, Iran is attempting to use a crisis in Lebanon as a flashpoint in its negotiations with the United States over Iraq and the nuclear issue by illustrating another hot spot in the region where it holds the cards to cause trouble should Iranian demands go unfulfilled.

Though a number of political motivations appear to be in play with this border skirmish, and Iran can be expected to continue prodding Hezbollah, there is little indication so far that either Hezbollah or Israel intends to escalate the border clash into a more serious military confrontation.

US Attack Plan: Posturing with Iran 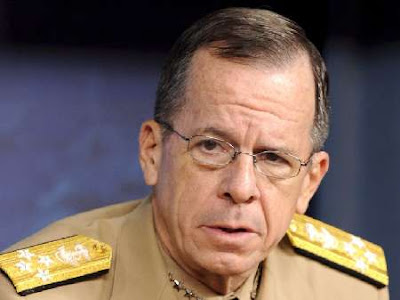 Joint Chiefs of Staff Chariman Adm. Mullen said today that the United States has a plan of attack for Iran in order to prevent it from acquiring nuclear weapons.

Such a declaration is an incredibly important (and unsubtle) part of a US intimidation/containment strategy with Iran in order to prevent such an acquisition from happening.

By announcing these plans, the US is publicly showing that, despite its draining presence in Afghanistan, it is willing to commit to striking Iran's nuclear infrastructure and dealing with the painful consequences. In short, it made it clear that a nuclear Iran is a worse scenario than a war with Iran.

The US air force and navy are minimally committed in Afghanistan, and have bases all around Iran (and can invade the Persian Gulf very easily). Iran's anti-air infrastructure would probably quickly crumble, allowing the US air forces to move with relative ease throughout Iran, and blockade the country from oil experts.

The most negative consequences for the US would likely be unconventional:
-The Chinese and Russians have strong economic/oil ties to Iran, and would protest furiously, if for no other reason than to make sure the oil keeps coming.
-Iran has a lot of power over Hezbollah, Hamas, and groups in Iraq and Afghanistan. No doubt, it could make life very difficult for the United States.
-There is some risk of alienating the anti-Iranian coalition, but odds are good that Saudi Arabia, Egypt, and Turkey would be, generally, in support of such action. Jordan and Syria would be the toss-ups.
-The Revolutionary Guard could actually be highly disruptive in Iraq, although if the US is able to bomb out roads heading towards Iraq, it could mitigate such issues.

Attacking Iran would be seriously costly in a number of ways, but if the US is actually committed to it (it likely is--the US has never been caught bluffing since the Bay of Pigs and the anti-Soviet Hungarian Revolution).

This could be a game-changer in the Iranian nuclear contest.
Posted by Unknown at 10:10 AM No comments: