Senkaku Islands Dispute as a Distraction for the Chinese Public

You've probably heard about major protests, warship movements, and maybe even talk of war over a few islands between China and Japan. These are called the Senkakus (by the Japanese--"Daiyou" by the Chinese, but we're going to stick with Senkaku for simplicity and the fact that you'll hear "Senkaku" on the news. Dear Chinese readers--please note that I am not taking a side on this conflict by using the word "Senkaku."), and they're a small chain of almost entirely uninhabited rocks with very little strategic value (unlike the Spratlys, which may have all sorts of oil / gas underneath and have East Asian countries in an ongoing dispute, as well).

I wanted to take a quick moment to share my own pet theories on the conflict. First, some background:

The Senkakus were occupied by the United States after WWII until 1970, at which point they were transferred to Japan. Of course, much of Japanese territory at the end of WWII did not necessarily belong to Japan  beforehand, but most of it went right back.

The complicated part about the Senkakus is that they were uninhabited islands, so there was no really obvious indicator as to who they belonged to. If you look back over history, both Japan and China have, at different times, had official maps/documents that both claimed them as sovereign and also marked them as belonging to the other country. So both sides have fairly questionable claims on them (I won't get into the details on this because they are boring and not helpful here), but nobody else has any claim at all, so they're up in the air between the two countries. Since the 70's, there has been some tension between the two countries as to who should have them, but the Japanese have "administered" the islands for the past forty years and have occassionally

But the recent flare-up makes little sense without context. Suddenly, it seems, the Chinese have become particularly aggressive about Japan's control of the islands. Some of this is likely provoked by the Japanese government purchasing the islands to solidify its claim, but the reaction is blown somewhat out of proportion. What we're seeing in China is massive protests that have led to huge damage in Japanese buildings / businesses in China (and leading to the Japanese shutting down factories in China for protection), Chinese activists heading to the Senkakus to plant flags, Chinese government vessels and even Chinese warships going to the area. 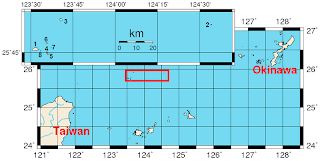 Let me be clear here: these islands are of zero import. They are about 7km total area, devoid of natural resources, and uninhabited. On their own, it seems absurd to be upset about them. To be fair, China is obsessed with not giving any ground on its territorial claims (consistency is very important for China to have precedent in case they have major territorial disputes over places like Taiwan, Xinjiang, Tibet), but territorial claims here through the 70's have been inconsistent and China loses little by making a more strategic decision about whether to pursue or renounce the islands.
For China, the issue is almost certainly one of distraction. If we look at China internally (and China's only real focus is internal, as it has ever been), we see two things going on: first, there are economic issues bubbling up. Second, there is a power struggle in the Communist Party.

Economic issues are sufficiently obvious that they're somewhat out in the open. Even the People's Daily, a state-sanctioned paper, is writing articles about how the economy needs to change (though certainly the Party is already planning on this if it's being written about). China's wealth gap continues to grow, even as hundreds of millions are brought out of poverty, and the wealth gap is always a painful, risky thing. Inflation was high and growth slow during the past few years, and a lot of fear of a "hard landing" is still out there. Wall Street Journal says the "hard landing" has been avoided, but that doesn't mean the population is convinced of it yet. To be clear: the Communist Party's grip on power depends almost entirely on its ability to continue to drive unprecedented growth in the country, and a Japanese-style "lost decade" would be crippling to its power. It's also clear to the populace that massive corruption within the party and it's "friends" is unfair to them and potentially bad for the economy as a whole, so it will mean that the population can find ways to blame the party for their own troubles.

Second, you may have seen lots of news about Bo Xilai and the murder trials going on around him. Bo was the predicted heir apparent in China and the sudden, public scandal is clearly the result of a power struggle within the party that he lost, setting up rival factions to potentially take power at the next Congress. The use of the murder trial and other very personal charges is an attempt to take the spotlight away from the Party itself, but there is still the risk that the Party is seen as divided and weak. During this power struggle, until the dust settles, all factions in the Party have a strong incentive to make sure the public doesn't pay too much attention.

Thus, there's a lot of reason right now for a distraction to happen, and the Japanese provided just the excuse. Let me emphasize something: mass protests do not happen in China without government consent--at least not without a massive crackdown. The fact that these protests went on so long and caused so much damage before police intervention means that they were sanctioned and encouraged by the Chinese government. The government is making very sure to stoke anger about the Senkaku islands to bolster nationalism and keep frustration focused on Japan, rather than internal issues in China.

This, at least, is my own pet theory. As it turns out, we're seeing the Chinese government start to back down a bit on its rhetoric and get the protests a bit under control. This may be due in part to the US response (reaffirmation of the US-Japan Defense Treaty but non-involvement in supporting territorial claims), or the observed risk of massively damaging trade relations with Japan, which is a major source of exports for China. But as domestic politics in China settle (after the next Congress, probably), I predict we'll stop hearing about the Senkakus altogether for some time.
Posted by Unknown at 8:25 AM 1 comment:

I found particularly fascinating here the insight on how Turkey is working together with the Kurdish government of Iraqi Kurdistan to try to gain influence over bordering Kurdish regions, particularly in Syria--in hopes that it will be able to better deal with the ongoing Kurdish crisis in its own south.

Smoke Filled Room does not think, though, that this is necessarily the best idea.
Posted by Unknown at 3:48 PM No comments: