Why Does the US Have So Many Aircraft Carriers? And a New Project!

Great post today that deviates significantly from my normal "analyze a cool current situation" style. It's an educational piece designed to get you thinking, in the spirit of a new project that I'm launching where I'll be putting in a lot of effort, called Something to Consider. It's a blog/forum/community designed to go after the problem of broken political dialogue, and I do the blogging (and everything else)! I'm really excited about it and would love if you took a look.

Alright, back to it.

When we discuss the US’ military spending, we can frequently see that by some measures it spends more than the next 9 countries combined (6 of which are US allies).

But even more skewed than simple spending is the US’ navy might, represented primarily by its aircraft carriers. It has a whopping 19, 10 of which are “supercarriers” that travel the world in strike groups, accompanied by destroyers, cruisers, submarines, and supply ships.

This is more than the rest of the world put together by a healthy chunk. 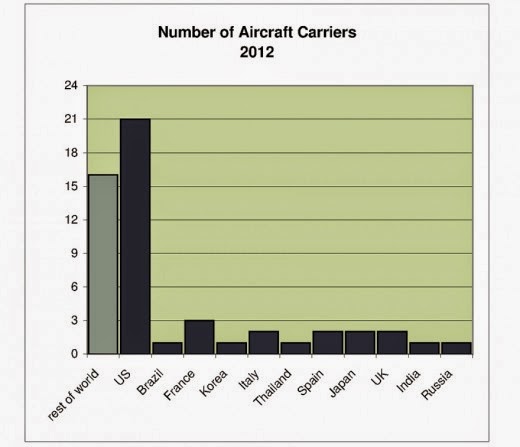 It’s even more stark a comparison when you see that not all aircraft carriers are made equal. The US’ 10 super-carriers are rivaled only by one each from France, Russia, and China.

This enables the US to carry about 3x the aircraft on the sea as the rest of the world (and these aircraft are far more advanced than almost anyone else’s--making most potential battles highly one-sided). 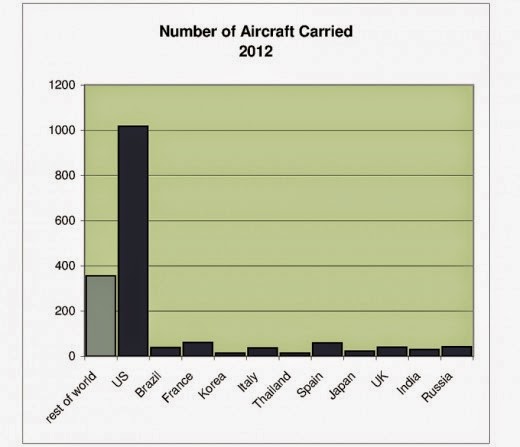 Holy smokes. That’s a lot. And it costs a lot.

The fundamental underlying theory is based loosely in the idea that “someone has to.” In some circles it’s known as “Leviathan” theory, which says that security stability is best preserved when a single force has credible and overwhelming power--if anyone “misbehaves,” that force can quickly dispatch with them.

(We’ll stay out of the moral “should” or “should not” here.)

Most of us are accustomed to the seas being free for trade. So accustomed to it, in fact, that we have very little concept of a world without free trade, and the incredible economic and social benefits that come from it.

Before the end of World War II, trade disruption was common, either by privateering (legitimized piracy), blockades (enforcing non-trade policies by different countries in economic “competition”), or outright naval attacks. The lost trade was measured of course not only in blocked/attacked ships, but by the innumerable ships that never made the trip because of these disruptions.

It was bad news.

At the end of World War II, the US generated a whopping 60% of the world’s GDP and had a navy larger even than the British Empire. It made a very clear policy decision to be the keeper of global free trade by having an uncontested rule of the sea.

What did the US have to gain, besides being the “good guy?”

Obviously everyone gains from having free trade routes along the sea, so the US bearing the burden itself seems like a classic “freerider” problem--one party pays, everyone benefits.

But the US is uniquely positioned geographically to benefit from free seas. It spans the continent and has easy sea access to Europe, Asia, and South America--no other country can say this (excepting maybe Mexico). Europe and Asia must travel a long and difficult route to trade with each other; the barriers to trading with the US are much lower.

In the 2nd half of the century, the American Age began, as US trade with Europe (and then Asia) skyrocketed. 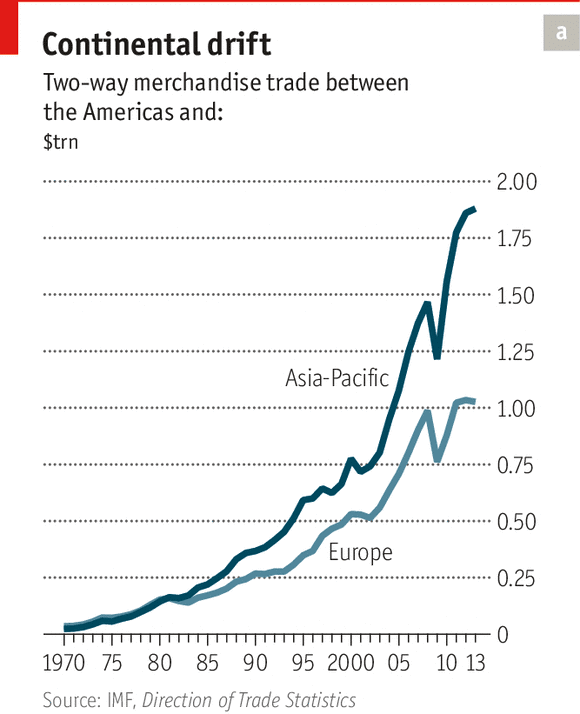 The US also benefits from free trade in other countries as it has moved to being a tech and services economy: it imports many products and the prices of those products are lower when manufacturing countries have easy access to raw materials or specialized parts.

As a net hydrocarbon exporter, the US benefits greatly here, as well.

The US being cut off from trade anywhere would hurt its economy significantly. The US loses not only from being blockaded (as ridiculous a concept as that is, currently) but from being cut off in limited areas.

Consider for example piracy near Somalia in the late 2000’s. It could have highly disrupted trade through the Red Sea and Suez Canal if the US was not able to mount an effort to counter the piracy by bringing overwhelming force to the area. Consider also the Persian Gulf, where the US and others trade with Kuwait, Iraq, Saudi Arabia, Qatar, and the UAE. Iran has at times threatened to shut the gulf down, but overwhelming US naval strength makes that prospect unlikely (and very costly/debilitating for Iran if it gets to shooting). 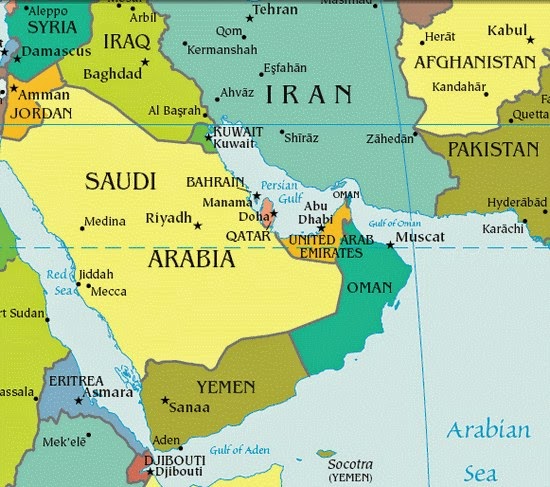 The idea, then, is that while everyone else benefits without paying, the US might consider its naval carrier spending to be a good investment for its own economy anyway.

Does it pay off? Impossible to tell: one simply cannot estimate how much trade would not have happened and what kinds of disruptions would have occurred (or how investment confidence might have been lowered) if there was not a Leviathan force keeping the seas free.

So if you were wondering why the US keeps such a mighty fleet: that’s why.

For more educational and thought-provoking content, go check out the Something to Consider blog. Go sign up for RSS or email and hope to see you in the comment threads!