Afghanistan has been largely forgotten (including by me) as the rest of the middle east has erupted, in large part because Afghanistan is in a surprisingly "stable" stalemate--not that the country has stabilized, but that there isn't much movement one way or another.

I decided to finally get back to writing about Afghanistan after reading that the US is now planning to keep troops in Afghanistan through 2016--right up until President Obama leaves office.

The decision seems to come in response to two things:


The good news, at least through 2013, is that the total Taliban deaths per year--as well as their percentage of total combat deaths--increased steadily... 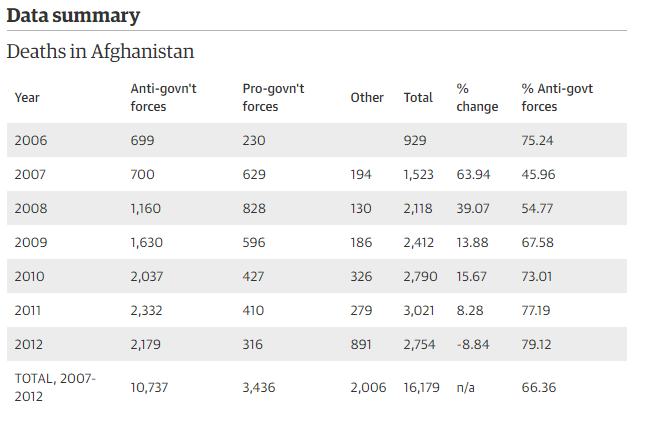 ...even as the NATO coalition pulled out and got less involved in operations (and thus its casualty rate has dropped precipitously). This means that, indeed, the Afghanistan National Army is getting comparatively stronger and more capable compared to the Taliban. Unlike the Iraqi army forces, there isn't much worry of the Afghans simply splitting and running.

The bad news is that corruption is still a major problem, and that opium production has gone through the roof since the British withdrawal--it's higher than it's ever been. This means lots of money for the Taliban and a sign of very little government control in southern Pashtun regions (Helmand/Kandahar).

In the end, I hold by my 2013 prediction (it's a bloody good article--go read it) that in 2015 the Taliban will attempt an offensive, fail to take over the country, and negotiate.

Those negotiations are coming, in large part due to Ghani's charm offensive to get Pakistan to pressure the Taliban into making the talks happen. I think this is the real reason Obama wants to keep some troops around--to apply pressure during the negotiations. I don't think it's because of just blind faith that Ghani is going to make the situation better before Obama is out of office--that would be naive in the face of recent history.

In the end, Afghanistan is a comparatively simple story of an ethnic (largely Pashtun) insurgency... 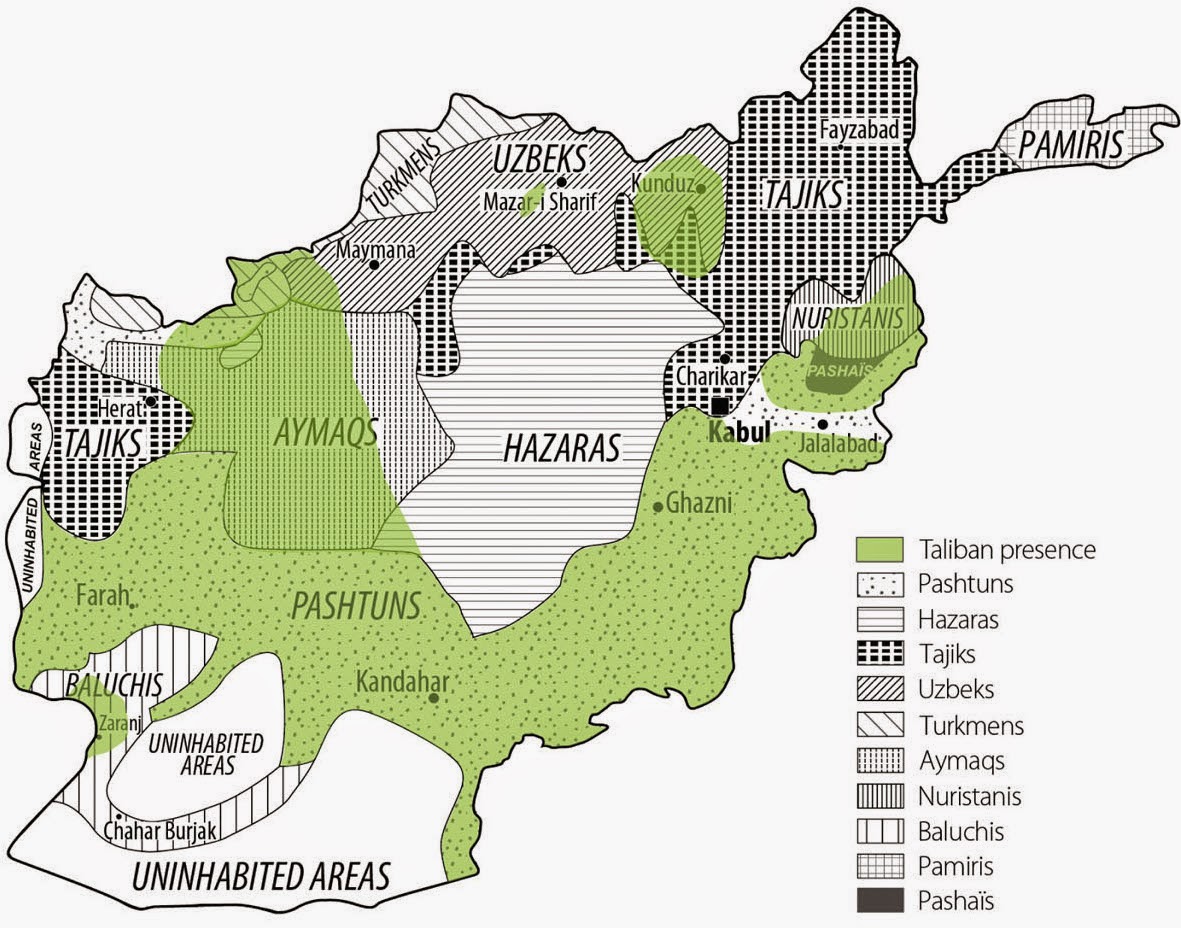 This means, I think, that it'll end as most of these do: slowly, painfully, and with an awkward peace deal that'll have many hiccups down the line. The good news for the Afghan army is that even though fighting is intensifying (to be predicted as NATO troops withdraw and Taliban forces try to use the opportunity to beat up the ANA and win bargaining power), the Taliban are consistently losing in these fights 4:1 or 5:1. That continued losing means they are likely hurting and more eager for a deal.

The rest of the middle east may remain such a mess that the Taliban will be considered almost reasonable by comparison once they make a peace deal. I'm not kidding.

Some other interesting notes:
Posted by Unknown at 11:14 AM

Opti Farms Keto supports healthy immunity and drives to reduce overweight size
of the body by eliminating bad cholesterol level. It improves ketosis that restricts
fat accumulation inside the body and makes best utilized as energy boost. The supplement
is one of the best selling product over the internet that makes you slim and stylish
Opti Farms Keto

Pure Natural Keto is a weight loss medicine that helps to maintain the body weight and to lose the weight of the body. It is clinically tested and proved their test because of its natural and effective ingredients. It is the best and high rated medicine for weight loss in the market clinically proven. This is superb advance and highly effective formula that is purely herbal and it shed the unwanted fat of the body. Visit on http://www.powerenrich.com/pure-natural-keto-the-best-way-to-get-a-slim-and-hot-body/